Prompts that Inspire More than Require

I believe that teachers enrich lives by offering students choices, not immutable guidelines, and by celebrating innovative approaches, not hunting for mistakes.

When I offer writing prompts--usually multiple options based on a single topic--I relish the student who says, "Can I do the second one, but change it so that…?" The students who see their own alternative within the alternatives provided are showing me that they are taking a vested interest in the assignment. Sometimes, I like their prompts better than the options I've offered!  For example, one student took a prompt about exploring a moment in which a character realizes that his win is simultaneously his competitor's loss and she turned it into personal narrative about a tennis match that she won, but felt almost guilty for winning. After she read her story aloud, and listened to feedback from me and her two classmates, she suddenly raised her eyebrows. "Wait, now that I think about it, I didn't really feel GUILTY about winning," she commented. "I mean, I LIKE winning, and someone has to win, right? Actually, I felt SORRY for my opponent because she was crying after she lost, and then her mom lost her temper and actually said 'shut up' when the little brother asked out loud why she was crying. I couldn't believe her mom did that. And the whole thing was really…embarrassing." As I began suggesting ways that the student could show those feelings of shock and embarrassment via mood-setting actions and more descriptive details, she quickly nodded, picked up her pen, and declared preemptively, "Okay, I think I know how to change it." The final draft of her story ended up sparking a discussion about good sportsmanship, parenting, and showing mood in writing with vivid verbs and descriptive details. All in all, her alternative approach to the prompt turned a writing lesson into an introspective exercise for all of us.

Students grow as learners by considering various approaches to developing their understanding of a topic, and by exploring the approach that most challenges their creativity and interest. They learn more from asking questions than from reciting answers, and retain more from listening and discussing than from writing rote responses or taking notes from a lecture to memorize for a test. The most memorable learning is, at least in part, self-directed, I have found.

If you're still pondering that last statement, think about some of the most enriching school work you've done--the assignments you remember best. Did you follow steps exactly or make that assignment unique to you in some way? And did you surprise yourself with your own creative flow? 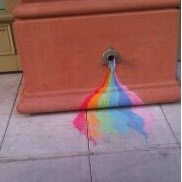 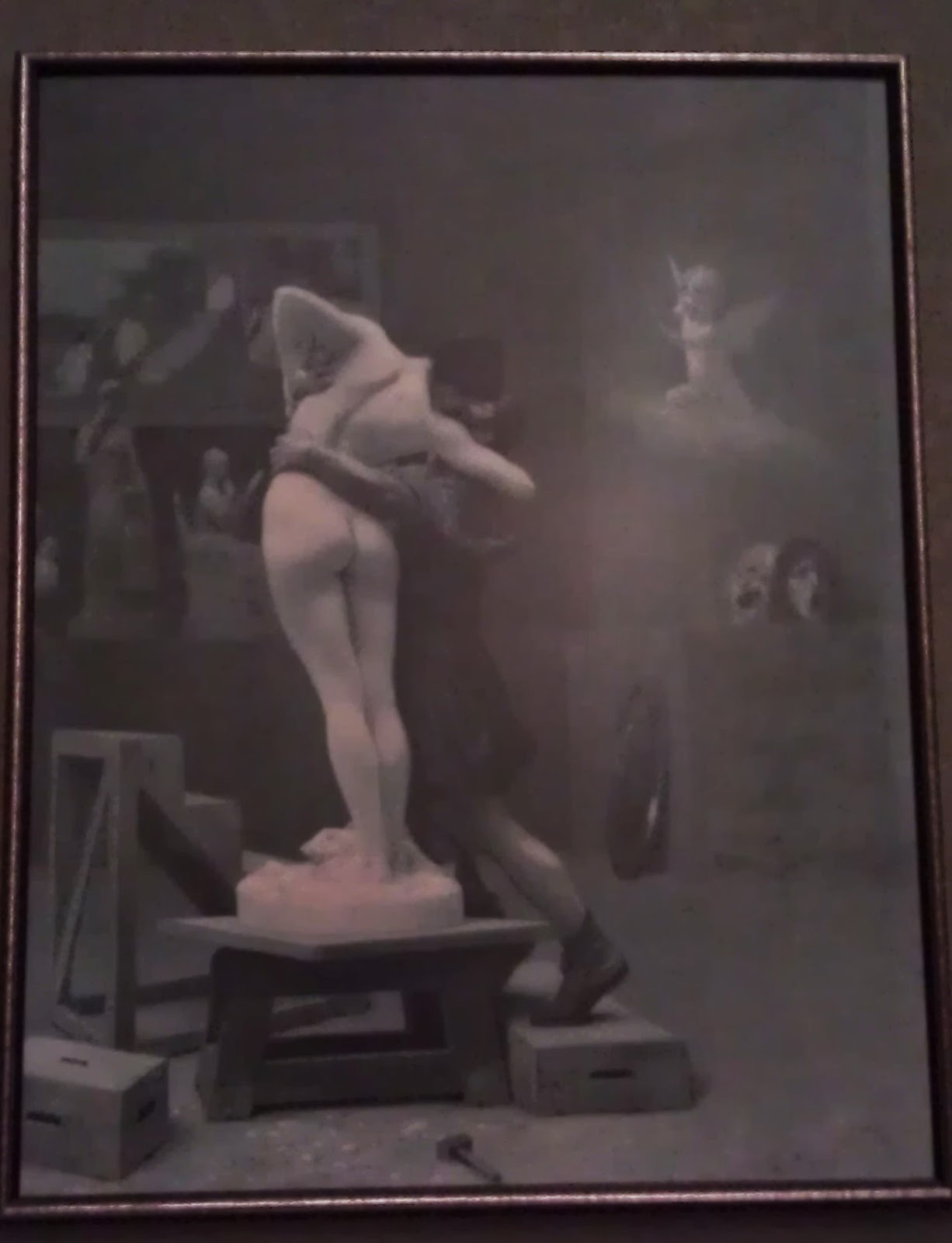 The Greek myth of Pygmalion and Galatea is one of my favorite myths to have students modernize and continue. In the story, Pygmalion, a king and a sculptor, can find no woman he loves as much as the beautiful statue he carved and named "Galatea." He prays to the goddess of love, Aphrodite, for a miracle: the animation of his statue into a real woman to love. His love, of course, is based entirely on external beauty, a point not lost on even my youngest students when I ask, "Can he really be in love with a statue?" to which some have replied, "Not really. He doesn't even know if she's a good person, only that she LOOKS good." At that point, I ask what might have happened after the story, the part not mentioned in the "they lived happily ever after" conclusion. And students from age nine to fifteen have written a variety of fascinating creative endings to show his disillusionment upon discovering that his "love" is either 1) mean and cold inside; 2) dumb as the stone from which she was carved; 3) jealous of his other sculptures and anyone else he might look at with admiration; 4) bent on destroying him and all other men who worship beauty without knowing a person's inner self; 5) stuck in infancy because she never matured normally, just came to life as an adult; or 5) completely uninterested in him.

Nine-year-old A.C. wrote the following new ending that I've decided to feature here. I hope you find it as charming and impressive as I do. I asked her to include a simile that fit thematically into the story, and to include description, action, and dialogue (as I always request). I also asked that she write in the myth-telling style of the original story, which I'd read with her.

What Happened to Galatea After Coming to Life?
by A.C., age 9 (UNEDITED)

They had been living happily together for the last hour, when he noticed her smile fade away and a face of evilness appeared.
"I have come in my true form," she said in a musical voice, "and now you shall be king no longer!" She cackled, rubbing her hands together simultaneously. Pygmalion stepped back with fright. Now in his eyes her beauty faded away and she was nothing but an ugly old witch. He ran as fast as a horse pulling a chariot in order to escape. Then he stopped at a dead end. He closed his eyes and prayed to Goddess Aphrodite, wishing Galatea would return to her stone form.

Immediately, a light came from Galatea's eyes and then there was silence and everything went still. There, standing in front of him was a stone figure of Galatea. He rushed to the temple and thanked Aphrodite (afro-die-tee) for showing him that outer beauty doesn't matter. The next day he met a woman who had ragged clothes and seemed too thin, but as she spoke, she showed she was worth loving and she had inner beauty. After years of true love, they got married and had a beautiful daughter named Galatea.

Writer's block does not exist as long as our bodies, eyes, and minds have the energy to move, to observe, and to ponder. Discovering the world is how we help others to discover what we see, what we imagine, and how we feel. We can then share our discoveries by building them from word pictures into mental movies. But first we must move in order to move others. Look at what I found while taking a walk in an old LA neighborhood--a writing prompt hiding in a rectangle of the world that I was blessed enough to capture with my camera: 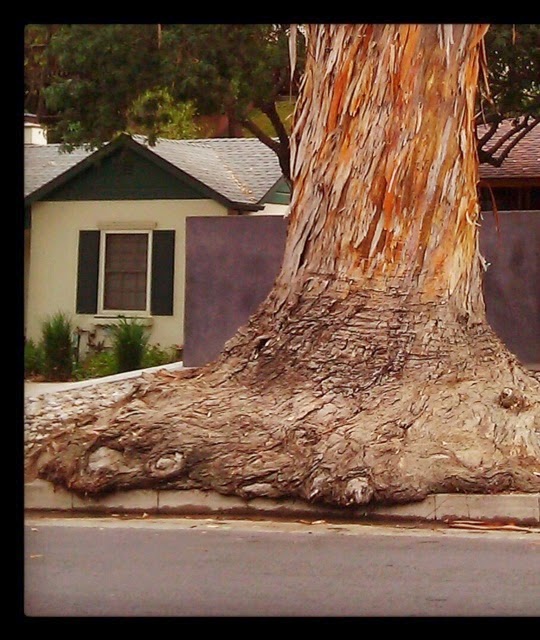 Rather than sharing my answer to the "what if" questions prompted by this picture, I am asking you--readers of any age--to describe what you see/imagine in this rectangle of the world, and what would happen next if this picture had a Play button.

Will you write a poem, or a story? Will it be a fantasy, a horror story, a sci-fi tale? What do you see: a magical, arboreal eruption; a giant's foot or a monster's hoof; an extraterrestrial invader or protector? Who will see this image, and how will he/she/they react? What if you awoke to see this outside your window, from the house across the street?

DO NOT PLAY THE VIDEO BELOW YET. FIRST READ THIS:

I opened YouTube to this video and, before playing it, asked some of my Chinese students to look at the cover shot--the close up of the young man with sunglasses and a large instrument, only halfway visible--and guess what and whom they were about to watch. Most agreed that he was probably a rapper musician about to chant a song, and maybe play upright bass at the same time.

Shyly, one replied, "Well, he's wearing sunglasses, and not to sound racist or anything, but usually black guys with sunglasses on YouTube are, like, rappers, you know…."

"Or a comedian. Maybe he's going to do a parody song."

Keeping a blank face, I continued questioning: "Really? And what do you guess that his voice might sound like?"

"Mmhmm. So, keep in mind what you predicted and watch with me now." I clicked the Play arrow.

[READER, NOW CLICK ON THE ARROW, TOO, AND WATCH THE VIDEO, IMAGINING YOURSELF AS A CHINESE MIDDLE SCHOOLER, WATCHING THIS WITH ME.]

"WHAAAAT?!" they all exclaimed.

"How does he speak Chinese better than I do?" Giggles and uncomfortable looks were exchanged between the girls and boys.

"Wow, is he that guy from Pentatonix, Mrs. Lipson? The beat boxer? I didn't know he could play cello, too!"

"Gosh, I didn't even know you could play cello like that--so cool!"

"I didn't expect him to start beat-boxing while he was playing!"

I interjected, "You expected a lot of things, but not what he did, right?" They all nodded.

"Yeah, especially the Chinese! How did he learn Chinese? I mean, he's African-American!"

"He's obviously very smart," replied a 13-year-old boy. "He said in Chinese that he goes to Yale."

"Is this for real? Like, did he learn a script or something? Is this a scam?"

Another student answers the question, shaking his head. "No, he was speaking Chinese perfectly." Turning to me, he added, "Mrs. Lipson, his vocabulary was not even basic, like you'd expect. He uses really advanced words. Wow…"

"Yes, he's a remarkably talented young man. He happens to be a friend of my daughter, too, by the way." Jaws dropped, but before more enthusiastic commotion could start, I declared, "Okay, everyone, listen up. Here's your prompt: Write about how this video defies expectations and illustrate each of the stereotypes that this brilliant, talented, young man, Kevin Olusola, has challenged via his YouTube performance. And I want you to reflect upon what your expectations show you about yourself and your perceptions of others, as well as how you defy expectations of Chinese people."

The short essays that resulted from this prompt, overall, discussed how Kevin Olusola singlehandedly dispelled five stereotypes and enlightened these viewers with his YouTube video. Their main points included how this video taught them: 1) That a dark-skinned man in sunglasses is not a rapper, a comedian, or a "thug," and may be an Ivy-league college student; 2) That a black man might play cello, an instrument usually associated with classical music, not pop or rap; 3) That a cello can play music other than classical style; 4) That beat-boxing can pair with cello for an awesome, one-man band; and 5) That an African-American can speak better Chinese than a Chinese-American--and that they needed to study Chinese more! The students' reflections regarding themselves included their realizations that they needed to keep biases out of their expectations regarding black people and people of other races, in general. And their realizations regarding how stereotypes of Chinese people affect who they are and how they act made for a lively discussion about academic pressures based on expectations that they must be smart and great test-takers and get perfect scores in math, etc.

Thank you, Kevin Olusola, for unwittingly providing such an enlightening writing prompt! Look up Kevin Olusola on YouTube, and find him as one of the five brilliant a cappella singers of Pentatonix.