The parable "The Animal School," by George M. Reavis, consistently evokes creative responses from my writing students. Their enthusiasm for Reavis's story, which covertly criticizes the conformist, yet competitive curricula comprising many educational programs, does not surprise me; after all, my students epitomize the often underestimated, astute learners who aim to find passion and personal fulfillment in their studies. Grace and Joshua, two insightful middle-school students, responded to the parable with very different sequels, published below. Grace's sequel introduces a college scout who visits the school to assess scholarship candidates. The Eagle, who in the original story, performed the climbing curriculum his own way, defying the school rules, catches the eye of the scout not as a rebel, but as an innovative nonconformist. Joshua's sequel takes a darker approach to the topic: how schools foment unhealthy competition and dishonest, politically motivated schemes to fund their own system, at the expense of students' success and mental health. Please read these excellent stories and leave a comment for the promising authors below!

CREATIVE AS WELL AS TALENTED:
A Sequel to "The Animal School," by George M. Reavis

One day, a college scout showed up at the Animal School, looking to recruit one student to receive a full scholarship.  All the students lined up, eager to prove themselves worthy. Nervous glances were exchanged when the administration announced the first event.

“Climbing!” the administration broadcasted, as the elimination process began. Hours and hours of multiple subject tests went by before the scout declared he had enough.

Silence filled the auditorium and the squeaks of the floorboard mapped out the steps to their fate. The microphone feedback whined, and the students shifted to the front of their seats. The scout, unbothered, flipped through his papers to declare his final decision.

“After extensively observing this school, I have reached a decision,” he states. “This year I will be giving the full scholarship to Eagle.” Confused looks filled the audience as they wondered if this was a mistake. 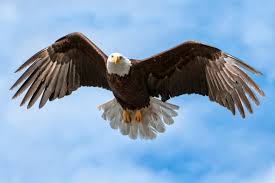 Still unbothered, the scout continued to state, “Eagle has shown a significant amount of talent throughout the climbing test. He was able to be impressively faster than all the other students in completing the task at hand. Meanwhile, he was able to be creative and unique in the way that he climbed the tree. To me, this shows a lot of integrity, and excellence. Eagle was able to take his gifts and use them to improve. I found his character to be unlike others, for he is unmoved by the fact that he is different. Everyone else had worked hard to be so-called ‘average’ at every subject. The college I have come here to represent would love to have Eagle, an individual, who has the ability to be creative as well as talented. To all the other students, keep working hard and soon you will achieve the level of greatness that Eagle has shown here today.”

To this comment, mouths and beaks hung open as teachers’ eyes bulged. The student that everyone had been guilty of treating like an outcast had outshined them all. Slow claps began as Eagle made his way up to the stage, his face plastered with an expression that said, “I knew it all along.”

Soon after this event, teachers questioned their purpose, and students questioned their goals. When the administration finally recovered from their shock,  they began to organize students into classes based on their talents and passions. Furthermore, the track and swim teams were created. In the end, Duck’s feet healed.


One day one at the Animal school, the head counselors decided to expand their acceptance. They had started accepting a variety of different organisms. The first to join was Clostridium perfringens, a form of bacteria. Even with these new organisms, the school decided to keep its current curriculum. The Clostridium perfringens was accepted early into this school due to their amazing performance in the SOT (Skilled Organism Test) and their stunning resumes.

Clostridium perfringens, like other bacteria, were also able to travel through the air. Since the bacteria were enrolled in the wind-assisted flying program, this made them incredibly good at flying. They were also able to keep up with the fastest climbers by clinging onto the fastest climbers, ensuring their top scores. This was the strategy for most of the other events as well. The instructors were oblivious to this as they were always at the finish, awaiting the competitors. The competition was also oblivious as the bacteria were small and light. The Clostridium perfringens would jump off the animal they used, right before they crossed the finish line.

Since the Clostridium perfringens always tied against the top animal in each competition, this pushed the top animal to train even harder to try to beat their time, staying after school or at lunch to practice. This was no use as the Clostridium perfringens always tied with them no matter what. Due to the animals training harder and harder, they pushed the limits of each subject. This forced the head counselors to push the standard even higher.

Eventually, even the top animals had a limit and just decided to give up on trying harder. This was the same for all the other animals. If they couldn’t even beat the top animal, they would never be able to beat the Clostridium perfringens. This led to an increase in depression, drug use, and alcohol use. The school desperately tried to hide this, and they were successful. The Animal School was nominated the top school for 5 years straight after Clostridium perfringens joined. This led to more funding to make the school nicer and more recruiting of organisms even better than Clostridium perfringens. All this to hide all of the student depression and drug and alcohol use. The more the Animal School hid, the more funding and money they got. The school eventually opted out of government funding and became a private institution. Although the school had so much money, they never supplied mental health treatment for the students, fearing that their rating would drop.

Two years after the school had become a private institution, the school had 20 suicides, 75 incidents due to drug overdose, 121 incidents of fights breaking out due to alcohol use, and a 60% dropout rate.