Occasionally, for lesson prompts on writing and public speaking, I look up "Commencement Addresses" or "Graduation Speeches" on YouTube. These searches lead me to exemplary speakers sharing inspiring words, especially for young people. I found the compelling Stanford commencement speech by Steve Jobs in this way. I printed that transcript and had my students analyze his use of language, as well as his style of delivery, to discover what made him a sought-after speaker and why his words live on even after his death. Many lessons grew out of watching that video on YouTube.

Today, I was browsing videos online again and came across Chris Gardner's 2009 commencement speech at University of California-Berkeley.  I have added it to my Favorites in my YouTube account, to share with my students this summer, but I feel compelled to share some of the inspiring words verbatim here.

Mr. Gardner, known as the single father who transformed himself from homeless to famous as an esteemed business executive, whose life was the subject of a film starring Will Smith, "The Pursuit of Happyness," wrote that he would like to see:

He adds to that powerful vision these words, which remind me of the lesson learned by Scrooge in Dickens's A Christmas Carol:

"…for too long a lot of us have been living in exile in a place called Things, and it's time for us to come home to Friends, Families, and Folks."

I may use the first quotation to discuss parallelism, repetition, and contrast as stylistic techniques. I will probably have my students emulate his structure with their own continuation of "a new vision of the American Dream," a dream not based on acquisition. The second quotation could prompt a fiction piece about exiled people dwelling in a materialistic world until they discover the existence of a more meaningful place. And the video of Gardner's speech will prompt discussion and emulation of his pacing, eye contact, use of humor, purposeful pauses, etc., so that students can practice reading the pieces they have written with a group. 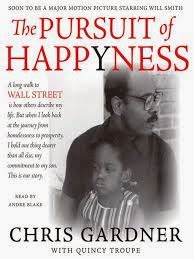 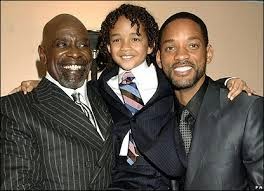 Yet again, I have found that YouTube can serve as an enlightening resource for education when we take the time to search for quality!

Posted by Susan L. Lipson, Author & Writing Teacher at Saturday, May 24, 2014 No comments:

Remember AMELIA BEDELIA and Her Confusion over Homophones?

Puns make use of the double-meanings within homophones--words that sound the same, but have different meanings--to make us laugh…or GROAN, in many cases! I recall, as a child, finding this pun-based joke surprisingly amusing:
What's black and white and red [read] everywhere?... A newspaper!
Forget the fact that the joke is completely out-of-date, since many people don't bother with newspapers anymore. The point is that everyone enjoys, even though they might cover their enjoyment with a groan, figuring out a clever pun--especially children.
The classic pun-centered children's books about Amelia Bedelia featured the hapless housekeeper  confusing her orders from her boss because she heard homophones instead of the boss's intended words. When told to "dust" the furniture, she throws dust around the room; when told to "dress" the chicken, she puts the dead bird into a doll-sized dress, etc. Homophones comprise both homographs, words spelled identically that have different meanings (such as "dust" and "dress"), and homonyms, words spelled differently that sound the same and have different meanings ("red" and "read," "bare" and "bear," "knight" and "night," etc.). Young children can also enjoy a homophonically humorous picture book by Fred Gwynne (a.k.a. the actor who played "Herman Munster" on the old TV sitcom, "The Munsters"), titled The King Who Rained.   Using Gwynne's book, as well as Pun and Games, by Richard Lederer,  I recently prompted some of my private students, from 8 to 12 years old, to write their own mini-stories about someone's confusion over a homophone. Of course, they also had to use my "D.A.D. Technique" (Description, Action, Dialogue) to paint a word picture. This year, as always, the kids show obvious enjoyment in playing with words and creating slapstick scenes. Plus, it forces them to brainstorm lists of homophones, and appreciate the complexity of our language in the process.

“Hey, you over there, go put two more coats on the wall. It looks a little bare,” I direct the worker. I turn away and shout to my boss, “We’re putting two more coats on the wall…” I check the map [by map, this young author meant architectural plans]. “Wall X on the right wing,” I tell him. He nods.
Wiping sweat from my brow, I start drilling again. I turn back around, hoping the worker is back with paint by now. But when I turn around, there are two yellow construction jackets plastered to the wall and no worker in sight. “What the—“ I stammer. All the workers around me burst out laughing.
“It was a good joke, Kim,” one of them sputters.

“It’s not funny,” I bark at them, but even my boss has started to laugh, so I can’t help but join in.

TRY WRITING YOUR OWN SCENE USING HOMOPHONIC HUMOR! And please post your comments below (or on my Google+ page).
Posted by Susan L. Lipson, Author & Writing Teacher at Friday, May 09, 2014 No comments:

Creating a First-Person Narrative Out of a Nonfiction Article


After reading a book called The Invisible Thread, I decided that this memoir, about a white woman who befriended a hungry child begging outside her New York apartment building, would make a very interesting writing prompt. The woman, Laura Schroff, bought lunch for the boy, Maurice, and after talking with this appreciative, earnest, abused child, she promised to keep him from going hungry. In addition to taking him out for lunch once a week for years, she even packed him lunches for school, which she left with her doorman for Maurice to pick up every day. I read a description of the book to my students from ages 10 to 14, and offered six different prompts from which they could choose. An assignment that called for an exploration of narrative voice would offer a way to not only enrich writing skills and imagination, but also to elicit compassion from my students. My students created stories from the boy's point-of-view, from the woman's point-of-view, and from her doorman's point-of-view (the doorman delivered packed lunches to the hungry boy). Some chose the prompt about two kids during school lunch time, one with daily lunches who notices another who never has lunches. And the last prompt was to write a poem about this story of compassion.

Featured below is one of the remarkable pieces I've collected in response to this prompt. This story was written by an eighth grader, F.H., and he displays proudly his recently developed skill with the third-person omniscient voice. The details, too, add such richness to the scene, such as: "They froze, as if having a staring contest"--one of my favorite similes. Here are "then and now" photos of the real people who have become the characters of my student's story, which appears below them.

Mother was having another ‘business meeting’ with the local drug gangs again. Maurice knew well enough what that really meant, but nonetheless, he had to leave the house early for school. Not that it was an issue. The old house smelled of drugs enough to make police dogs at school sniff and bark at him. Maurice’s feet took him out of the ghettos and into the nicer area of town. There were big glass skyscrapers and fancy people in their fancy suits. This was the best place to be able to find money – there was enough dropped on the ground.  Just a few feet away, he noticed an annoyed- looking woman whose face read: “Taxi. Where is the taxi?” She would do. He walked up to her and pulled on the sleeve of her coat. They froze, as if having a staring contest. But Maurice’s stomach couldn’t hold it any longer. Not daring to break eye contact, Maurice told her. “I’m hungry.”

Suddenly, the woman seemed to realize what he was doing here. Her eyes searched the road, and she pointed her finger to her prey. She walked off in her gesture’s direction. Maurice turned, unsure if he should follow. When he didn’t, she turned, and asked him, “Do you want a cheeseburger?” He felt a rush of excitement, and he nodded, unable to find his tongue.

The stranger bought him a cheeseburger, and a shake, and a whole serving of fries. It wasn’t exactly a traditional breakfast, but, Maurice felt gratitude towards the woman. Just as he was about to finish his fries, he realized that they could help later. He put the fries into the paper bag, now empty, and placed it carefully in his backpack. “They’ll get cold, you know.” Maurice felt his cheeks turn pink, the way it would if his hand had been caught in the cookie jar. Not that they could afford cookies.

“I’m uh, you know, saving them for – for lunch.” He seemed to force those last words out, and the woman, still nameless to him, studied him with a perplexed face. Her eyes drilled into his face.

“Do you want me to pack you lunch for tomorrow?”
Maurice was shocked. “You don’t need to do that, ma’am.” Maurice was scared, questioning where this pity had come from. He knew that she was trying to help, but Maurice knew not to trust people so easily. But the lady was not listening. She was writing something on the back of the receipt, and she handed to him her address.

“I’ll leave early tomorrow, so you’ll just go to this building”-- she pointed her pen to the address –-“and get your lunch from my doorman.” She got up before Maurice could object. “C’mon. I’ll walk you to school. It’s over there, right?" Maurice nodded, and followed her out the building, dazed. Neither of them spoke, Maurice knowing she didn't want to ask him personal questions. Onlookers seemed to watch them with craning necks--an African American kid dressed like he came out of the homeless shelter, and a white woman in a work suit with two briefcases. Yet it was the police officers that scared Maurice. They halted and narrowed their eyes, but the lady kept on walking. They had reached the school.

“By the way, I’m Laura.” The woman looked at her watch and jumped.

But just before she could walk off, Maurice told her, "I'm Maurice." She waved at him, and Maurice waved back. Maybe he could trust her.

DO I HEAR APPLAUSE? (Oh, that's from my hands! How about yours?) Applaud in a comment below or on my Google+ page, if you have trouble commenting here. THANKS!