Author Shannon Hale recently experienced sexist behavior from school administrators who allowed only girls to attend her author visit, based on the wrongful assumption that Hale's children's books were only appealing to girls and that boys have no interest in reading about girl protagonists. Hale expressed her fury over the inexcusable omission of boys from her program in a recent blog post:
I heard it a hundred times with Hunger Games: "Boys, even though this is about a girl, you'll like it!" Even though. I never heard a single time, "Girls, even though Harry Potter is about a boy, you'll like it!" 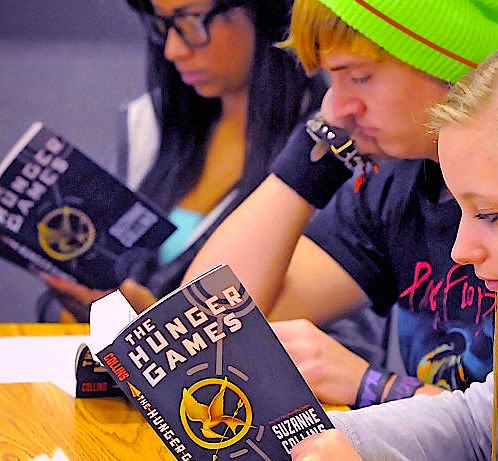 Hale decries "the belief that boys won't like books with female protagonists, that they will refuse to read them, the shaming that happens (from peers, parents, teachers...) when they do, the idea that girls should read about and understand boys but that boys don't have to read about girls, that boys aren't expected to understand and empathize with the female population of the world...."


I read her blog post to my teenage writing students and evoked some poignant reactions:
Two boys admitted to reading John Green's The Fault in Our Stars "kind of anonymously" because they read the book in public on e-readers. They said that kids generally considered  TFIOS a "romance," "an emotional book," or a "cancer book"--mainly for girls. But they both liked the story a lot and found it very touching, even though a bit "cheesy" in some ways.
One girl observed that every female protagonist read by the boys she knows "seems like a tomboy, never a girly girl." She cited numerous titles, all adventure stories, and pointed out that "some boys are okay with reading about girls as long as they're in an action novel."
Another boy declared that he likes well-written books with compelling plots and pays no attention to the sex of the protagonist, but he does admit that a book with a girl on the cover, or a romantic scene on the cover, is "kind of embarrassing to carry around. That's why I like my Kindle."
One boy recalled at least one teacher describing a book as "more of a girl's book." I asked how he felt about that, and he and the others joked that "some teachers think they know what we'll like, but they don't." I joked that I hoped I wasn't one of those teachers. They shook their heads (and I hope that meant I am not out of touch with their tastes!).
All of the kids agreed that the boy Shannon Hale wrote about in her blog, who approached Hale after her talk and asked for a copy of one of her books, and who was subsequently told that the only available copy of that particular book was now in the school's library, would "never check out that book unless no one was around." The title had the word "princess" in it, if I recall correctly. They all said that it was "sad, but true" that he would be too embarrassed to read her work openly.
We had a heated discussion of Hale's point about how gender-segregation in Young Adult literature teaches boys not to care about or empathize with girls so that they grow up into men who ignore or dismiss the feelings of women and, in extreme cases, abuse women during their adult years. Some thought that her connection was over-the-top, and that most of the negative brainwashing of boys and men with regard to girls and women comes from other media: rap and hip-hop music, advertising, movies, and TV. But the majority of these teenagers seemed to ponder this cause-effect concept seriously. The thoughtful looks on their faces indicated that they had never considered books a possible negative influence on sexist behavior.

The kids seemed to appreciate this discussion and the writing exercise on the topic. They always seem to enjoy when I share issues about writing and publishing that they, as nonprofessional writers (for now, anyway!), would not otherwise know about or have a chance to discuss. I think they consider my sharing of professional articles from my field as a kind of "insider information." Information that is, of course, non-gender specific! 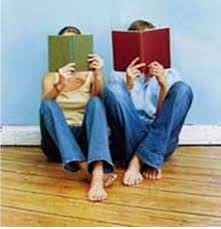